maybe i should make a hot takes thread 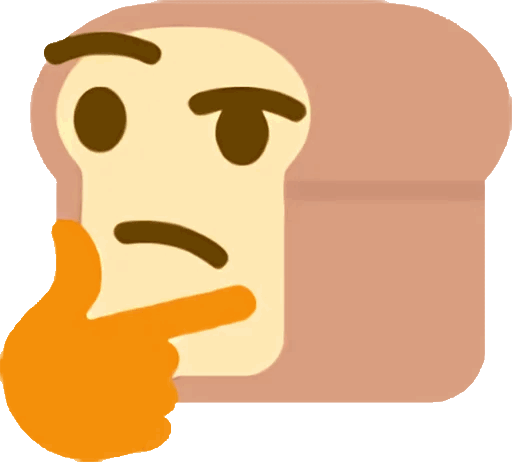 i don't have many hot takes

yes, people can agree on standards, but all it takes is one fucker who realises it'd be way easier not to bother grounding anything

here's another hot take: curl | bash is more secure than the average windows software installation process because you can actually look at the script you're piping into bash rather than just hoping that install dot exe doesn't do anything bad

yes i know about that one exploit that makes curl return different code when not piping, and yes i know that bash scripts can download binary blobs, yes im bun

you can't rely on The Innate Goodness of Humanity to carry your society. people can just be dicks. sometimes people do something just for the fun of fucking with someone. you can't expect society to just agree to do the right thing and ostracise the bad people and not do things that harm minorities or whatever

what happens when there's only one gay person? there's nothing to protect them. for a majority homophobic society, people in general would be happier if that gay person wasn't around. ah, but that wouldn't happen, because capitalism smothers the innate goodness of all humans, right?

capitalism does engineer ways to discriminate against minorities, but some people are just straight up homophobic, or sexist, or racist. you can't just rely on people hopefully not doing that.

we must act immediately to solve climate change

@CornishRepublicanArmy its different actually, instead of capital we will have a slight abstraction of capital, and instead of markets we... no we still have markets

@lynnesbian @CornishRepublicanArmy it's still like, a tens of times better than capitalism, imo 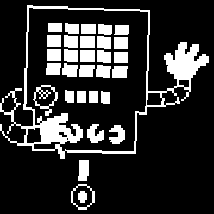 @restioson No, it's not, because it abolishes the government apparatus that regulates capitalism and does things like keep water clean/keep disabled people who can't participate in the market alive.

It's literally returning things to a time when a small village was free to exercise their racism, homophobia, or other prejudices in a systemic way without any recourse for people in the minority.

@sandrockcstm on the contrary. Government apparatuses in modern society mostly work *for* capital (class rule)... and generally government is not a liberatory force -- rather, an oppressive one, even socially.

Mutualism brings in far more democracy to effectively hold bad companies/cooperatives to justice which capitalism does not allow for, as the state always opposes this.

@restioson This is demonstrably untrue. The department of human services, the clean water act, the ADA, all exist within the context of a government. And they allow for the enforcement of human rights even if public opinion turns against disabled people for a generation or two (which seems to happen to us often).

@restioson The fact that government is flawed doesn't mean we abolish government and return to a system that was worse for the disabled. It means we fight to make the government better.

Mutualism is freedom for the abled, libertarianism for the disabled.

@sandrockcstm you will always be fighting an uphill battle against government. it is far better to build parallel structures of mutual aid to help eachother (such as disabled people) than to try use government machinery to do so, as government machinery is always wielded by whichever ruling class happens to be in power in every society - and this class's interests are almost always against those of the popular classes.

@sandrockcstm in summary, government is not "just flawed". Government is actively antagonistic to positive social change. It is almost always social movements which bring change, and not governments.

@sandrockcstm the state is anti-democratic by nature and actively removes control from the people over aspects of their lives such as the economy. referring to errico malatesta's definition of the state as "the abdication of initiative and sovereignty of all into the hands of a few", this makes sense.

if we had actual democracy, we could hold corporations accountable rather than constantly trying to pass ineffectual legislation which is always gutted and dodged...

@restioson Without a government apparatus there is no way to even attempt a fair distribution of those changes, especially on a non-local level.

Also telling a disabled person "communities generally take care of each other" is quite bold, and quite wrong. People tend to ignore us to death.

When I got sick I lost my home and half of my possessions. People helped but not nearly enough to cover my needs.

You know what saved me from being homeless? SSDI. A government program.

@sandrockcstm i'd love to see substantiation on the first point.

on the second point, i wouldn't say that we have effective communities today at all. i would agree that today communities don't take care of eachother, because we don't really have them.

it's great that a government program helped you, but on the other hand if we had a more equitable distribution of wealth there would be more to go around in general, instead of just scraps from the ruling class.

@restioson A thought experiment is all that's needed to substantiate it:

How do you evenly distribute these resources?

@sandrockcstm ah, to do this we *clearly* need to establish a system in which a few people wield political power by taking it away from everyone else!

I don't follow. Maybe my definition of state and government are different to yours.

We also seem to have different definitions of ally-ship, as you've spent this entire conversation lecturing me on theory instead of listening when a disabled person tells you that your ideas won't work for us, and will get us killed.

I'm done engaging in debate at this point.

You have homework to do. You need to examine your ingrained ableism that makes you believe it's ok to substitute theory for a disabled person's lived experience.

@sandrockcstm i don't think that you understand what my ideas to do are practically because i haven't explained them (or maybe i tried but poorly, knowing me), so i also don't understand how, therefore, they will "kill you". if you could point out practical issues with mutual aid institutions in providing aid for disabled and other people, then go ahead and I will listen, but so far you have insisted that we need a state to do it, and i have explained why i think this is a Bad Idea.

@restioson I'm under no illusions the government is the good guys. They're a tool, and one we could put to better use if we seized control of it instead of fighting to get rid of it.

The fact of the matter is that throughout history disabled people have been trampled by small, populist governments and large, capitalist governments alike. We are disdained not because of a system but because people feel we just get in the way.

So I might as well take the system with benefits.

@sandrockcstm we cannot seize control of it. this is not the nature of government. the state is the abdication of initiative and sovereignty into the hands of the few -- those few who are chosen inevitably are transformed into another ruling class, and then where have we found ourselves? no, the government is not usable by the peoplel.

@restioson @sandrockcstm hey I really appreciated reading through this discussion, thank you both for expressing yourselves clearly and respectfully

i need to work on that more :l

@sandrockcstm they exist because government was forced to pass reforms. government does not do this on its own. it is the people who force government to do things via pressure.

@sandrockcstm "nothing happens for disabled people unless an able bodied person decides to help" ??

communities generally take care of eachother, *with or without government*. some of the most effective social services are non-governmental. this is on the level of saying that medication wouldnt exist if it were not for government.

@CornishRepublicanArmy @lynnesbian would you still take it above private property capitalism? i feel like it still leads to a more egalitarian society and due to this it would be harder for money to dominate (due to more equitable distribution) especially when taking into account increased democracy