ubisoft's rainbow six siege vegas 2 was released on a digital store and updated with a DVD check that rendered the discless digital only version unplayable. to fix this, they downloaded a cracked version of the game and distributed that as an official update, even leaving the cracker's credits in the executable

the steam release of max payne 2 was quickly discovered to be a cracked version, prompting rockstar to replace it with an incomplete, buggy pre-DRM build of the game

nintendo threatened a number of ROM hosting sites with legal action, causing them to shut down - a few months prior to the release of the NES classic. it's entirely possible (but impossible to tell) that nintendo downloaded the ROMs, sued the sites, and sold them to consumers

remember: video game publishers hate piracy until they can profit from it.

@lynnesbian it's somewhat easy to tell with the nintendo case, fairly sure the hashes from certain roms on rom sites matched the ones nintendo loaded onto the nes classic which was what sparked this whole thing in the first place

@tempofunktron the thing is, a perfect dump of the ROM is by nature indistinguishable from the actual thing

if they used an imperfect dump however, that's pretty obviously a case of them pirating their own games

@lynnesbian @tempofunktron
It's possible that they downloaded roms for their Virtual Console service, but the situation is complicated:
https://www.reddit.com/r/emulation/comments/9as2ii/did_nintendo_actually_download_roms_for_their/

@lynnesbian and remember that the publisher owns the game so they have every right to stop others from profiting off it.

@lynnesbian or creating any missed sales. its unfortunate, wish it wasn't. but oh well. 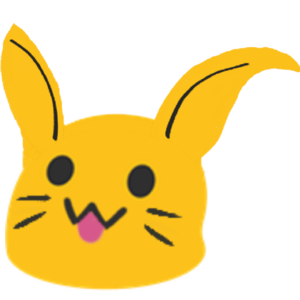 @a_breakin_glass emuparadise actually kept a lot of their ROMs and ISOs up, just hid the download links - there are userscripts to reenable the downloads