for anyone trying to find the steam screenshots folder on linux, because the "view screenshots" button doesn't work (and apparently never has)

it should be illegal to put random dot files in people's home directories when .config and the likes exist

who do you think you are, project zomboid. you are not important enough to have your own directory in my home folder. go away and use .config like the rest of us.

and special fucks to clustertruck for not just creating its own directory, but calling it "My Games" as if we're on windows and it's some sort of standard to have a directory like that in your home folder when, again, we already have a standard for this

i believed in you, rust. i thought you were better than this. i hope you're satisfied.

@lynnesbian which Desktop is that?

@hirojin @lynnesbian
Let's guess!
The theme looks similar to Numix. Since I've only seen that on GTK before I initially thought it was a Nautilus fork (which would've led me to say XFCE), but I'm starting to see parallels to Dolphin (the directory up button, sidebar structure and bottom bar), so I'm guessing it to be something Qt based, most likely KDE (who uses LxQt anyway?).

@solarkraft @hirojin it's cinnamon with the arc-gtk theme and the file manager is nemo, which is indeed a nautilus fork!

@lynnesbian @hirojin
Woah - that speaks both against my knowledge of common Linux software and *for* its diversity and customizability! 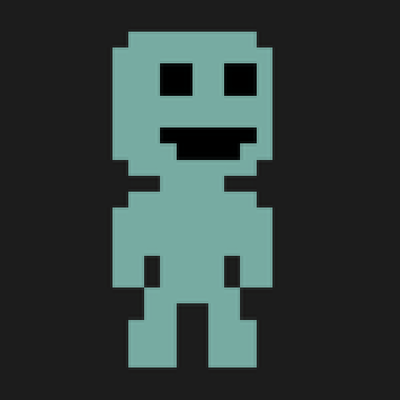 @lynnesbian
This reeks of hardcoded paths all over the place. 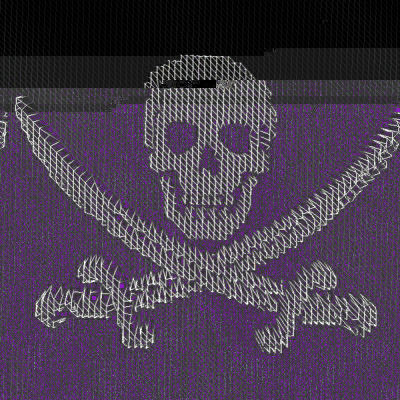 @lynnesbian yeah, I’m a bit tired of this behavior too. If you have a system that’s been running a few years it is likely cluttered with a mess of config files littered through completely inappropriate directories and you’ll never find half of them a second time. It’s not ideal. A standard on this, enforced maybe somehow by packaging a .deb would be great if not too inconvenient for the maintainers of such packages.

@lynnesbian Ugh, vehemently disagree. .config is just moving all the dotfiles one level lower (and is thus entirely superfluous), and violates 40 years of tradition without actually making the wheel rounder

@anahata what would you say is the better option then? .config is a customisable location (so you can, for example, set your xdg config directory to /home/you/Documents/dotfiles instead) and means that the files don't clutter up your home directory, while still being accessible from it

@lynnesbian Put things in ~ where they belong, where they've been for the past 50 years. I've yet to see an argument against putting things in ~ that doesn't just "clutter up" some other directory.

@anahata yes but why not clutter up a different directory?

~ is a directory that the average user should interact with a lot - it's where major folders like "pictures" and "documents" go, it's the highest, most important user owned directory. in the same way that windows puts these things in %APPDATA%, it makes sense to put them in .config. it doesn't break compatibility with anything, it's often a one or two line change, and it doesn't mean that some random game's save directory is stored at the same level as music and documents.

for a reason that isn't entirely based on aesthetics and principles, there's also a few genuinely useful technical reasons, like tab completion, and in my opinion the most major, making it easy to take across just your own files when you move to a new computer

when you move from an old laptop/computer to a new one, you can just copy every folder except the xdg dirs (.config, .cache...) rather than having to worry about excluding the firefox folder and the twenty folders for different games and...

also, another aesthetic reason - in the same way that it's always safe to clear /tmp between reboots, it's always safe to clear ~/.cache, because it will (should) only ever contain temporary cache files. on windows, programs like CCleaner exist, and have a long list of hardcoded "crap directories" where applications dump temporary files. if all temporary files were in ~/.cache (or some sort of %CACHEDIR% on windows) that would never be a problem - you wouldn't need to clear the npm cache and the apt cache and the rustup cache and etc etc

@lynnesbian Lots to unpack here! Thank you for engaging so completely. On my way to PT so will try to respond to at least a few points.

First, I like having a separate .cache and I feel that’s orthogonal to other dotfiles like you’d find in .config.

Second, for user migration, I’ve done this a lot and just tarring up ~ works a treat. Has it not worked for you? May take a while but it mostly works excepting binaries.

@anahata sorry for overwhelming you with so much info :p

i do usually just copy-paste ~, but occasionally that causes issues, for example, my keybase configuration files were copied across meaning that my old and new laptop were both seen as the "same device" as each other by keybase. i never ran into any issues with this because i wiped and decommissioned my old laptop, but i could imagine it causing issues if i hadn't

the second common issue is that ssh will warn that the new laptop is spoofing the old laptop and that i should be cautious as the fingerprints don't match, and i have to manually clear out every single computer that "knows" about the old laptop

nothing particularly major, but i can imagine it becoming major

@lynnesbian You’re not overwhelming me! I actually *like* the in-depth discussion, just hobbled by my mobile client. I wanted to get some thoughts out while they were fresh but this is going to have to wait til I’m back on desktop. So many great points here and I want to give you and them the attention they deserve. :) Stay tuned!

@lynnesbian The keys issue is entirely valid! IMO each new machine should have its own set of keys, as inconvenient as that might be. This kind of thing, especially clearing out old keys, is orthogonal to where your keybase / ssh stuff is stored, though.

How can you imagine it becoming a major issue?

@lynnesbian Hmm... make new keys, replace old ones, distribute them. Maybe I'm just super experienced with setting up new machines but this doesn't seem like a big deal to me, am I missing a detail?

@lynnesbian (sorry, lots of replies since mastodon.social has a tiny post limit)

I don’t see a problem with a game’s savefile at the same level as music. My usage of music is through a program that does library management which means the individual track files disappear.

I also think I’d want to copy *everything* when moving to a new machine, including the XDG stuff, because I want the new machine to work just like the old one.

@anahata i mean as in, when you're in the home directory and use tab completion, like when you type cd ~/Doc and expect "Documents", which is again a rly minor issue but it is something

@lynnesbian It's the minor issues that annoy us the most, though, right? I'll concede there, but I'll counter with the point I made earlier: how is this helped by putting everything in .config? You'll still have the tab complete problem but it'll just be in .config instead of ~. Again, am I missing a point here?

it's the same reason you generally put executable binaries in ~/.local/bin instead of ~, there's nothing functionally wrong with the former, it's just cleaner

@lynnesbian hmm. It's an idea, but an idea I respectfully disagree with. :P You can take my ~/bin from my cold, dead hands (assuming you have root on the machine because I umask 077 on shared systems :P)

@anahata what i mean is, you use ~/bin instead of just ~