what do all the various terms mean when i'm buying a new computer or laptop? (jargon, very long, serious)

in this episode of #LynneTeachesTech: terminology to look for when buying a new computer!

if you're buying a computer or laptop or even a phone, there's a lot of jargon that might confuse you to look out for. it ranges from straightforward statistics to obscure facts to shitty "gotcha"s. this post aims to break them down.

here are the fundamentals:

CPU: the central processing unit. this is what your computer uses to crunch numbers, and the benefits of a fast CPU can be seen everywhere from decompressing a large zip file to processing a heavy webpage to converting an AVI to an MP4. a slow CPU can make an otherwise good computer into a laggy, unresponsive mess. we measure CPU performance in terms of instructions per second and cores. instructions per second are measured in hertz, for example, 3.2GHz. one hertz is one instruction per second, so a 4KHz CPU can complete four thousand instructions per second. instructions are very, very basic steps for a computer to do - think "add two numbers", not "open this file". the more instructions your computer can do per second, the faster it'll be. cores represent how many tasks your computer can work on at once. for example, if your video editor is using 100% CPU on your single-core machine, your computer will be unusable, but if you have more cores, you'll still have spare power, even when one of the cores is maxed out. many modern apps, such as chrome and discord, take advantage of multiple cores by dedicating groups of tabs to each core. "hyperthreading" is an intel technology that allows a CPU to act like it has more cores than it actually has, for example, a quad-core CPU with hyperthreading would be used as if it was an octo-core. the way this works is kinda complex, and i don't want to make this post TOO long.

RAM: also called memory. not the same thing as storage. memory is a measure of how much stuff your computer can do at once. when you open a document, picture, video, song, etc., some or all of it is loaded into memory. this is because memory is much, much faster than a hard drive or SSD. if you don't have enough memory, windows (or macOS, or what have you) will start chugging along and apps will start crashing as they all fight over the scraps. you can mitigate this somewhat by creating a swap file on your hard drive, which will be used as supplementary memory, but then you lose the speed benefits, and waste storage space.

storage: HDD, SSD, SSHD, hybrid drive, hard drive, hard disk, solid state drive, optane... all of these mean the same thing: storage. the more storage you have, the more files you can save. if you run out of storage, things start going badly, as your computer always needs a little spare storage to work with. everything you download or install or save goes uses storage space. so why are there all these different names? as technology marches on, we invent better methods for doing things, including storage. hard drives are slow and inefficient (they're one of the few parts of a modern computer that's mechanical), but much cheaper than SSDs. SSDs work like a flash drive (aka USB stick, thumb drive...) and thus avoid the speed issues of a conventional hard drive. hard drives need to be defragmented because as you create and delete files, they get ordered poorly, and it takes longer to access them, because the magnetic platter needs to spin more for the needle to read the files (yes, this is actually how hard drives work). with an SSD, however, there's no needle or platter, and files can be accessed "out of order" much more easily. one caveat: you might have noticed that when you buy an 8GB flash drive, it's not actually 8GB. this is because there are two definitions of a gigabyte (and a megabyte, and a kilobyte...): 1000 megabytes, and 1024 megabytes (because computers, which use binary, are good with powers of two). storage manufacturers use the latter, windows uses the former. to distinguish the two, you can say Go for 1000 kilobytes, and GiB for 1024. neither definition of gigabyte is wrong. all of this also applies to kilobytes, terabytes, etc.

GPU: this is the graphics processing unit. most modern CPUs have one of these built in, commonly known as an iGPU, the i standing for integrated (as opposed to a dGPU, which is a separate dedicated card). this is most relevant to gaming, and is also used for machine learning, cryptocurrency mining, etc. if your GPU is especially weak, it may have trouble decoding high resolution video, but with modern computers, this isn't something you'll have to worry about.

wi-fi: 802.11 is the technical name for wi-fi. ac is the latest standard, so if a device doesn't have 802.11ac support, it doesn't support the latest version of wi-fi. you probably won't notice the difference between devices that do and don't support it, but it'll be relevant eventually

display technologies: LED and LCD are the same. OLED (and AMOLED) use a more sophisticated (and expensive!) technology that has much higher contrast. this is because it doesn't have a backlight like LCD TVs do, so when something on the screen is supposed to be pure black, rather than being mostly dark, it's actually jet black. it's the difference between your (non-OLED) laptop displaying black and the screen being turned off.

optane: i've seen a few advertisements saying a laptop has "32GB of memory" and then clarifying that they mean "16GB RAM, 16GB optane". optane storage is essentially the same thing as an SSD, but faster. those laptops have 16GB RAM and 16GB of extremely fast storage (in addition to whatever hard drive or SSD it has).

USB-C and thunderbolt: USB-C is the type of port (and it's not compatible with what we all call USB today, which is actually USB-A. USB-B is mostly used for printers, so much so that many stores sell USB-A to -B connectors as "printer cables"), while thunderbolt is a set of functions a USB-C port has. a non-thunderbolt USB-C port does less than a thunderbolt one, mainly having much less support for external displays.

big.LITTLE architecture: a phone that uses this technology has two CPUs inside it, and the phone switches between them depending on battery level, performance, etc. a phone with two quad-core CPUs using big.LITTLE will often be (technically correctly) marketed as an octo-core phone, even though it's impossible to have all eight of those cores active at once.

these are the main things to look out for. thanks for reading!

i've cleaned up this post and added some additional information. you can read the updated version here: https://bune.city/2019/05/lynne-teaches-tech-pc-components/

@lynnesbian this is a great effortpost Lynne, thanks :)

@trickster glad you appreciate it 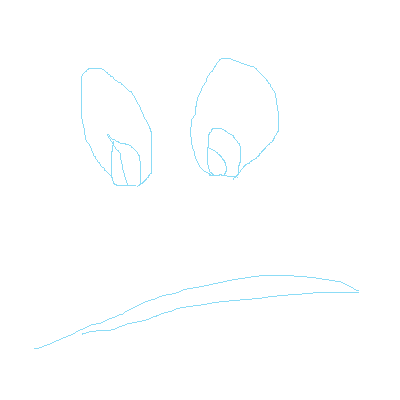 re: what do all the various terms mean when i'm buying a new computer or laptop? (jargon, very long, serious)

@lynnesbian Awesome! I've bought hundreds of computers (for work mostly) and built a few others and still learned something. Great guide.

@Ghost glad you enjoyed it!

@lynnesbian Especially when looking at a smartphone, be aware often they'll only list the storage but not the ram, and undertrained (possibly malicious) salespeople may try to lead you to believe they're the same.

I don't know how many times I've gone looking for a phone with 4gb ram and someone tries to push a cheap thing with tiny 8gb storage on me.

@lynnesbian
"Everything you download or install or save **goes uses** storage space."

the "goes" feels out of place to me